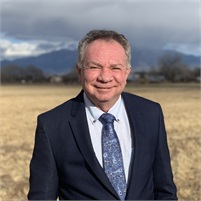 Michael currently serves as the Managing Director of the Southwest Region at Sierra Pacific Wealth Management. Previously Michael served for 17 years as Senior Vice President and Senior Portfolio Manager at Morgan Stanley in Albuquerque, NM. In 2014, Michael was named one of America’s Top 1200 Financial Advisors by Barron’s.

Michael has over 18 years of industry experience and is a Certified Financial Planner, holds Series 7 and Series 66 licenses and all lines of insurance. Prior to the wealth management industry, Michael served four years on active duty in the United States Air Force, during the Vietnam conflict, as an Arabic linguist. Michael then spent 25 years in the computer software industry. Michael has lived and worked on four continents and has travelled to over 60 countries.

Michael holds a B.S. in Information Systems from the University of San Francisco and an MBA in Finance from Webster University. Michael is a 4th Generation New Mexican. Michael is fluent or conversant in five languages, is an avid oenophile and an active adventure traveler. Michael currently lives in Albuquerque NM with his wife of over 40 years, Lori. He has two adult daughters, Natalie and Olivia.