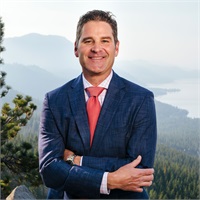 Ryan currently serves as Managing Partner and team lead at Sierra Pacific Wealth Management. Previously Ryan served as Senior Vice President, Senior Portfolio Manager and team lead of the Sierra Pacific Group at Morgan Stanley. Ryan started his career in the wealth management industry at Edward Jones where he grew to be the largest producer in the country for his length of service. In 2020, Ryan was named to the Forbes Top 20 Best-in-State Wealth Advisors for Nevada.

Ryan has over 11 years of industry experience and is a CERTIFIED FINANCIAL PLANNER, holds a series 7 and series 66 licenses and all lines of insurance. Prior to the wealth management industry, Ryan spent 12 years on active duty in the United States Navy serving as a Naval Aviator. He completed two combat tours serving aboard USS ENTERPRISE (CVN-65) during Operation Enduring Freedom and aboard USS HARRY S TRUMAN (CVN-75) during Operation Iraqi Freedom. In his military career, Ryan amassed nearly 3,000 flight hours and 256 carrier landings in the F-14, C-2, C-40 and T-45. Ryan fully retired honorably from the United States Naval Reserves in 2017.

Ryan graduated from Trinity University in San Antonio, Texas with a B.S. in Finance and Economics. He completed his graduate work at the Harvard Business School and is an active member of the HBS Alumni Association. Ryan lives in Incline Village with his wife, Carly, and their two young daughters, Raelyn and Rowan. In his free time, you may find Ryan hiking or running the trails of Lake Tahoe with his two Old English Sheepdogs, Arthur and Ruby. In addition, Ryan is an avid skier, cyclist and golfer.